Chairman of The board

Eirik holds an MSc degree in Physics and a MBA degree in Finance. Since 1992, he has been working with establishing, building up, and performed research and development within electronics, ICT and biotechnology companies in Europe and USA. He has been the winner of the Oslo Innovation Award as the first and so far, only private person receiving this award. He is the Chairman of the User-driven Research based Innovation funding program at the Norwegian Research Council, and has been a Member of the Advisory Board to the Government for Health Care in Norway (Health&Care21), Member of Board of the Life Science strategic effort at the University of Oslo, Chairman of the board of the Norway Health Tech, Chairman of the Board of PROFF, the branch organization for the Norwegian software industry, and Vice-Chairman of the branch organization in the Confederation of Norwegian Business and Industry for the information technology industry in Norway. 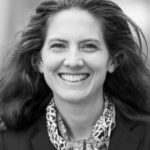 Sepcial adviser
Werner was Norway’s first Minister of Health from 1992 to 1995, He was educated as a MD at the University of Oslo, in addition to degrees in sociology and political science from the University of Oslo and philosophy from University of Bergen, Norway.  He worked actively in healthcare industry (both research initiatives and private sectors) worldwide for more than 30 years. From 2004 to 2008, he worked in the Royal Norwegian Embassy in Beijing, China, as Science and Technology Counsellor.

Odd Arild holds a MSc degree in Computer Science from the Norwegian University of Science and Technology (NTNU) in Trondheim, Norway. He was co-founder of Taskon in 1987 and joined the team starting the consultant company daVinci in 1998. Odd Arild Lehne has more than 25 years of experience international project and business development. He comes from the position as Managing Director of Devoteam daVinci.